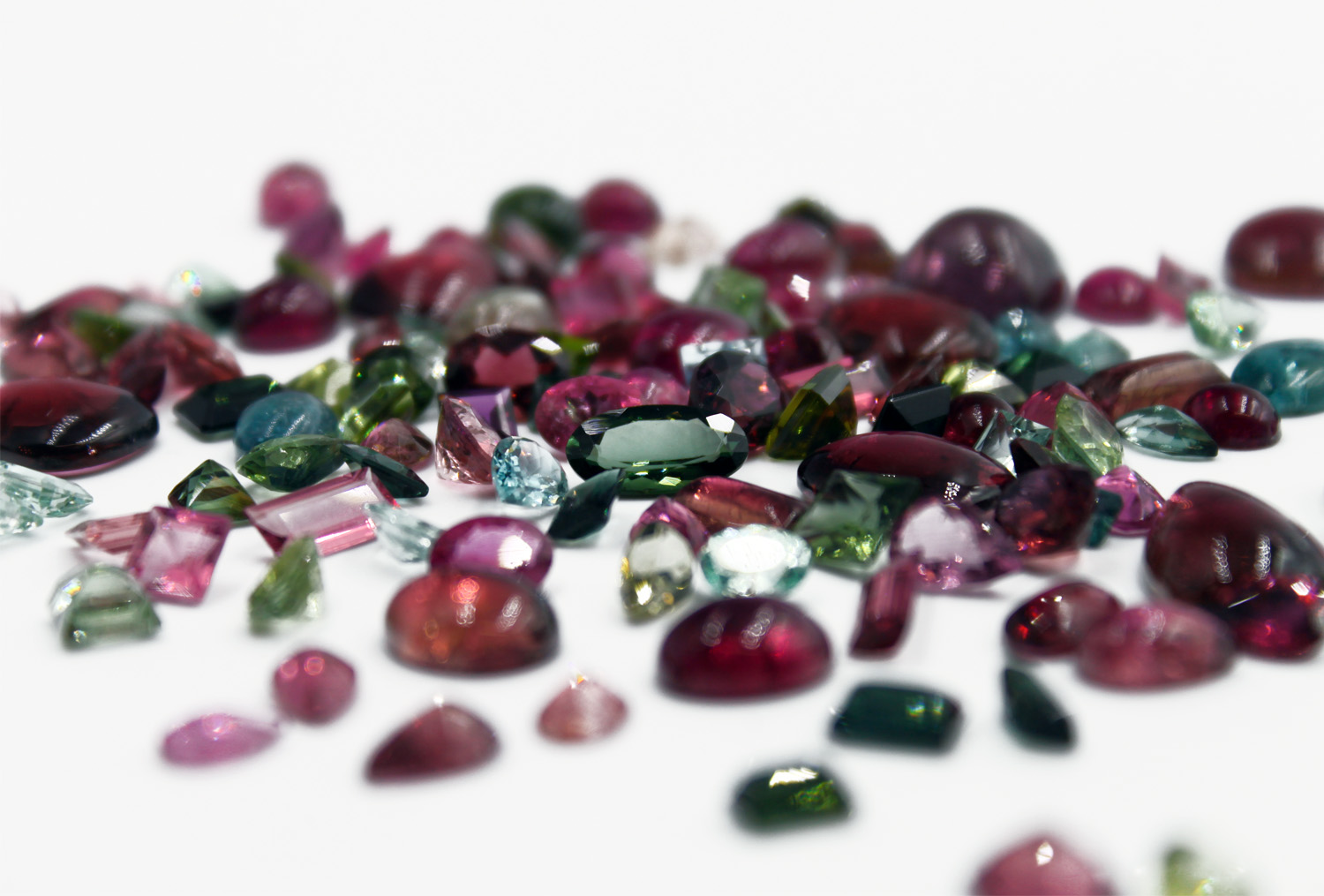 Tourmaline is a mineral stone that can exist with a wide variety of exciting colors such as dazzling pink or rich, bright green.
In fact it is the stone with the widest color range of any gem species from colorless to black.
This makes tourmaline one of the most popular gems among collectors. Pink or red variety of Tourmaline gemstone, is one of the most valuable and desirable gemstones of the Tourmaline family.

Scientifically, it is not a single mineral but a group of complex crystal silicate mineral compounded elements. It was first mined in Brazil in the 1500’s but was recognized as a distinct mineral species only by the 1800’s.
This confusion is even reflected in its name which derives from the word “turamali”, which means “mixed gems” in Sinhalese, a language originated in Sri Lanka.

People have probably used Tourmaline as gem for centuries, but only when modern mineralogy was developed, it is specifically identified. In the late 1800’s Tourmaline became known as an American gem through the efforts of Tiffany gemologist George F. Kunz who praised the stones produced in Maine and California. The supply of Tourmaline began to expand during the first half of the twentieth century.  In the beginning of the 1950s, additional finds appeared in countries around the world even during the 2000’s.