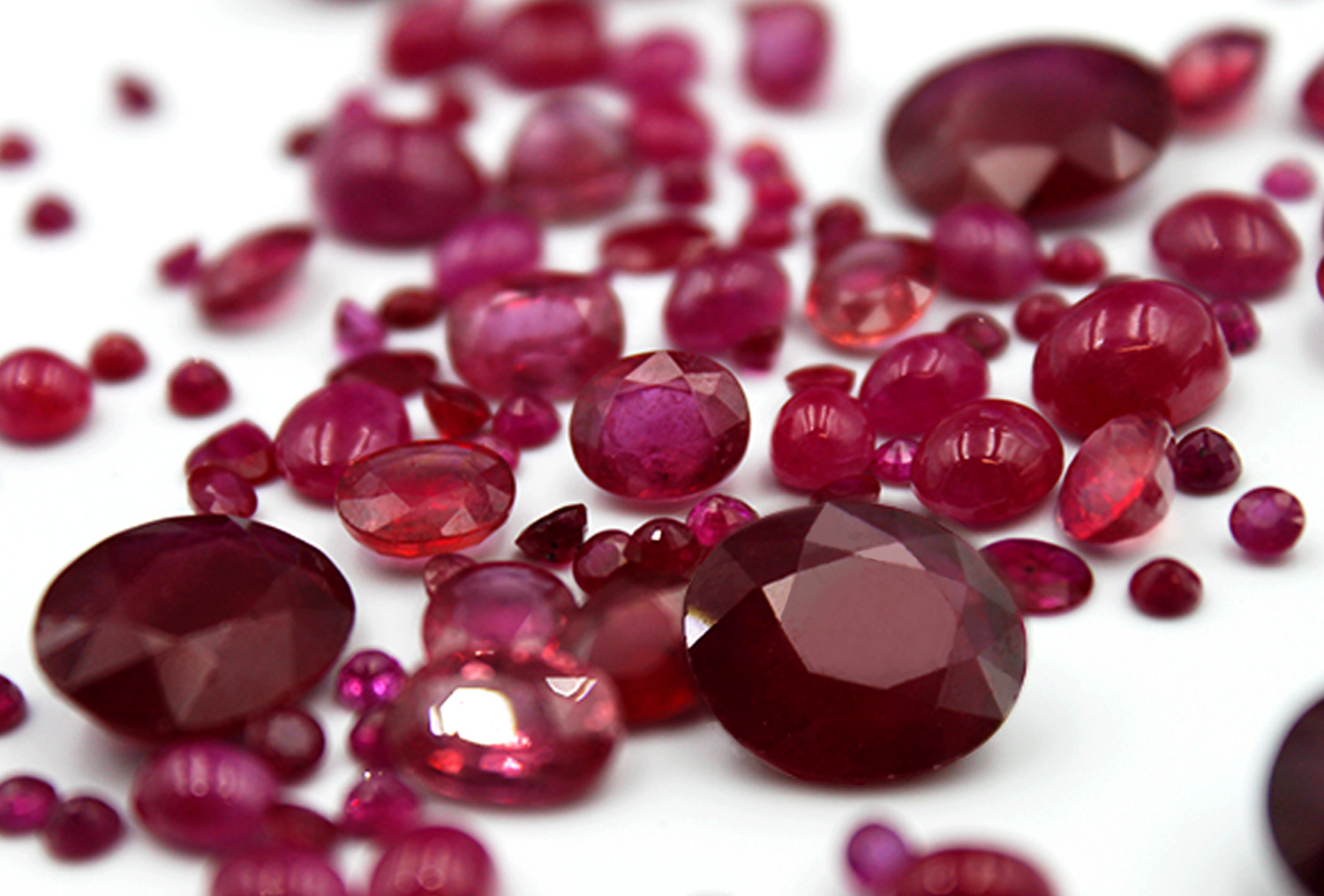 Ruby is the most valuable variety of the corundum mineral species.
It is the second hardest natural substance after Diamond (hardness 9 on Moh's scale), and owes its magnificent vibrant red to slightly purplish red color to the presence of chromium oxide, which usually exists in great depths in the earth.

Ruby gemstone gets its name from “ruber”, the Latin word for red, and it is one of the most historically significant colored stones. Rubies are even mentioned in the Bible and has been called the most precious of the 12 stones God created.

Early cultures treasured Rubies for the color similarity to the redness of the blood that flowed through their veins. They believed that Rubies held the power of life.
The earliest records for the mining of the stone go back over 3500 years in Myanmar. In Myanmar, warriors possessed Rubies to make them invisible to enemies. People in India believed that rubies enabled their owners to live in peace with their enemies.
The ancient Hindus considered Rubies to be “Ratnaraj” or the “king of precious stones”, as mentioned in the ancient language of Sanskrit. They believed that those who offered fine Rubies to the god Krishna were granted rebirth as emperors.
Many medieval Europeans wore Rubies to guarantee health, wealth, wisdom, and success in love.

As a symbol of passion, ruby makes an ideal romantic gift. After all red is the color of most intense emotions like love, passion or anger.
Consumers have always been drawn to the lush color, also signifying wealth and success.
It aligns with the base chakra and results in an increase of strength, stamina, sense of security, economic stability, personal power, spiritual wisdom.

Ruby is the birthstone for July.
Ruby is the gem of 15th and 40th anniversaries.