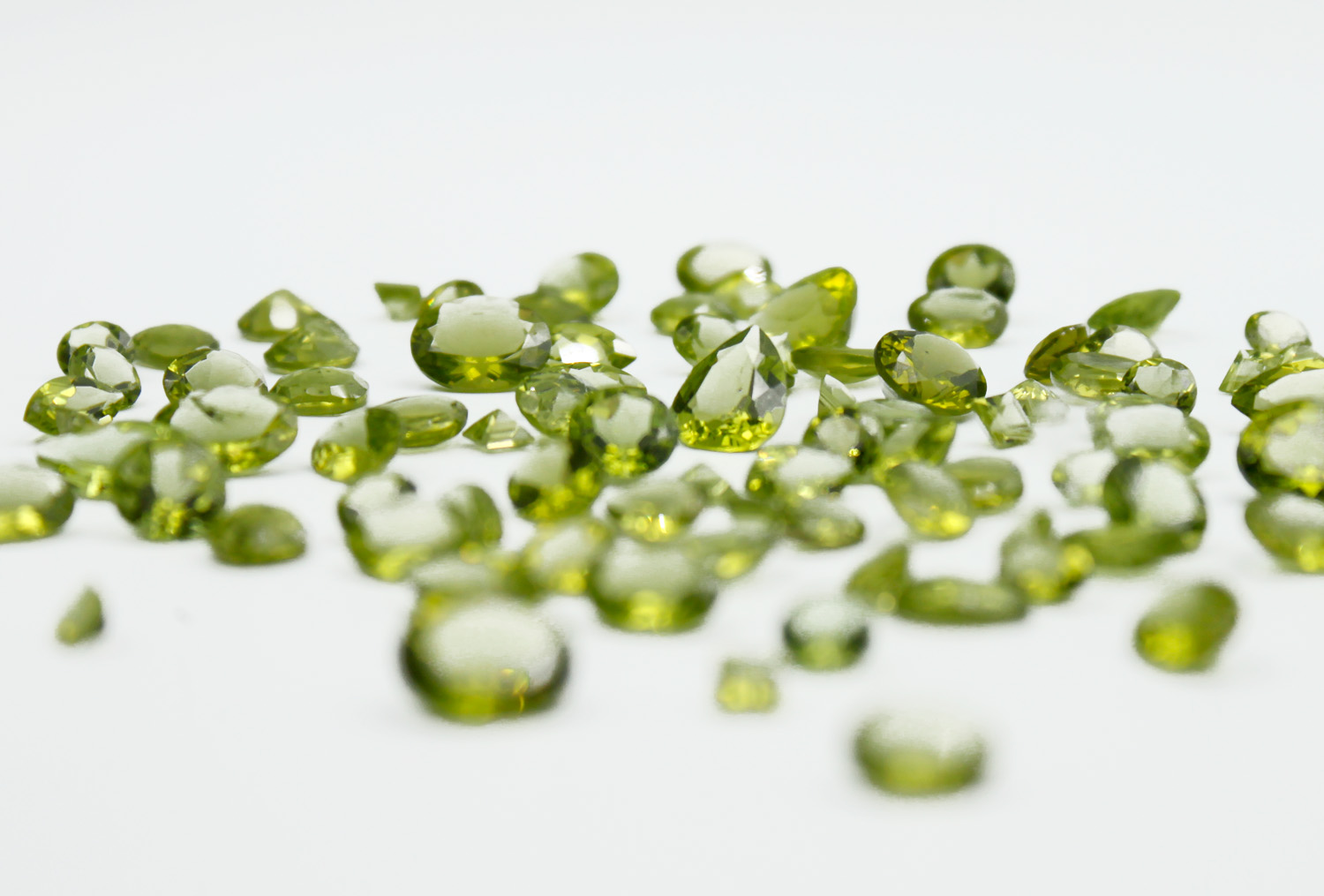 Peridot is the extreme gem. It is found in lava, deep in the earth’s mantle and rarely can have an extraterrestrial source, being contained in meteorites that have fallen to earth, remnants of our solar system's birth.

In 2005, peridot was found in comet dust brought back from the Stardust robotic space probe.
It is the gem variety of olivine mineral and has the distinction of being the only gemstone found in meteorites and one of the few gemstones that occur in only one color; basically an olive green.
Today this gem is prized for its restful yellowish green hues and long history.

Peridot has always been associated with light. The Egyptians called it the “gem of the sun.” The ancient Egyptians mined Peridot on the Red Sea island of Zabargad. Some historians believe that Cleopatra’s famous emerald collection might actually have been of Peridot.
There are three prevailing theories as to how it got its name. Deriving from the Greek word “peridona”, which means “to give richness”. Others believe it comes from the Arabic word “faridat”, which means “gem”. And others claim it is derived from the French word “peritot” which means “unclear”. In either case, the French were supposedly the first to call it “Peridot” in the 18th century.

It was called “the gem of the sun” mainly due to its brilliant color. It was believed that it protected the wearer from the harm of evil spirits.
Peridots could ease a person’s mind from jealousy, in this way putting the mind at ease and creating a state of calm and contentment.
Peridot is believed to provide warmth, friendliness, understanding, openness in love and relationships.
Peridot aligns to solar plexus and heart chakra, carrying a positive energy that is helpful for those undergoing traumatic emotional situations.