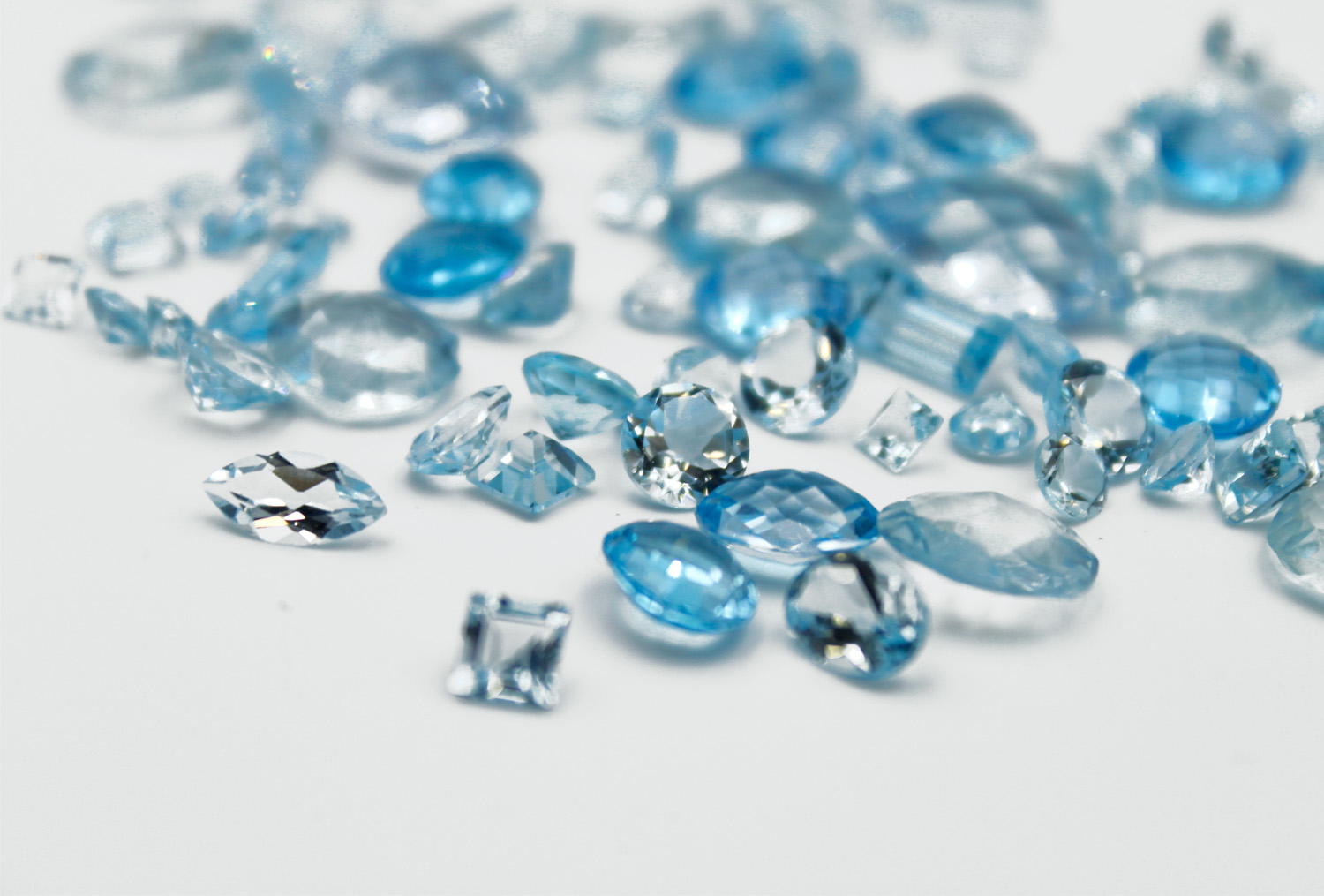 It is the hardest of all Silicate minerals which is created from a combination of aluminium and fluorine.  Many consumers know Topaz as a blue gem. They’re surprised to learn that its blue color is hardly ever natural, but caused by treatment. They might also be surprised to know that it has so many more colors to offer to gem lovers, including pinks and purples that rival the finest fancy sapphires. The gemstone is pleochroic, meaning that the gem can show different colors in different crystal directions.
The color varieties are often identified simply by hue name like blue topaz, pink topaz and so forth.

Most agree that the name “Topaz” comes from “Topazios”, the ancient Greek name for a small island in the Red Sea, now called Zabargad. This island never produced Topaz but it was once a source of peridot, which was confused with Topaz before the development of modern mineralogy. Some experts trace the origin back to Sanskrit, an ancient language of India, and the word “topas” or “tapaz”, meaning “fire”.

Topaz gemstone was a rare and highly sought-after stone in the Middle ages and for centuries after, until vast deposits of the gemstone were discovered in Brazil in the nineteenth century.
The Greeks believed that the blue topaz could increase strength and make the wearer invisible, while Romans believed it could improve eyesight.
In Europe during the Renaissance, from the 1300s to the 1600s, people thought the stone could break magic spells and dispel anger. For centuries, many people in India have believed that topaz worn above the heart assures long life, beauty, and intelligence.
Topaz soothes, heals, stimulates, recharges, re-motivates and directs energy to where it is needed most.  It promotes truth and forgiveness.  It is the crystal of joy, generosity, abundance and good health.  It is known as a stone of love and good fortune.  It releases tension, inducing relaxation.  Topaz promotes openness and honesty, self-realisation and self-control.  It aids problem-solving and assists in expressing ideas.
Blue Topaz brings truth and wisdom.  It aids in clear communication and bringing body, mind and spirit into union, while it stimulates the throat chakra, cleansing and supporting the spoken word and self expression.