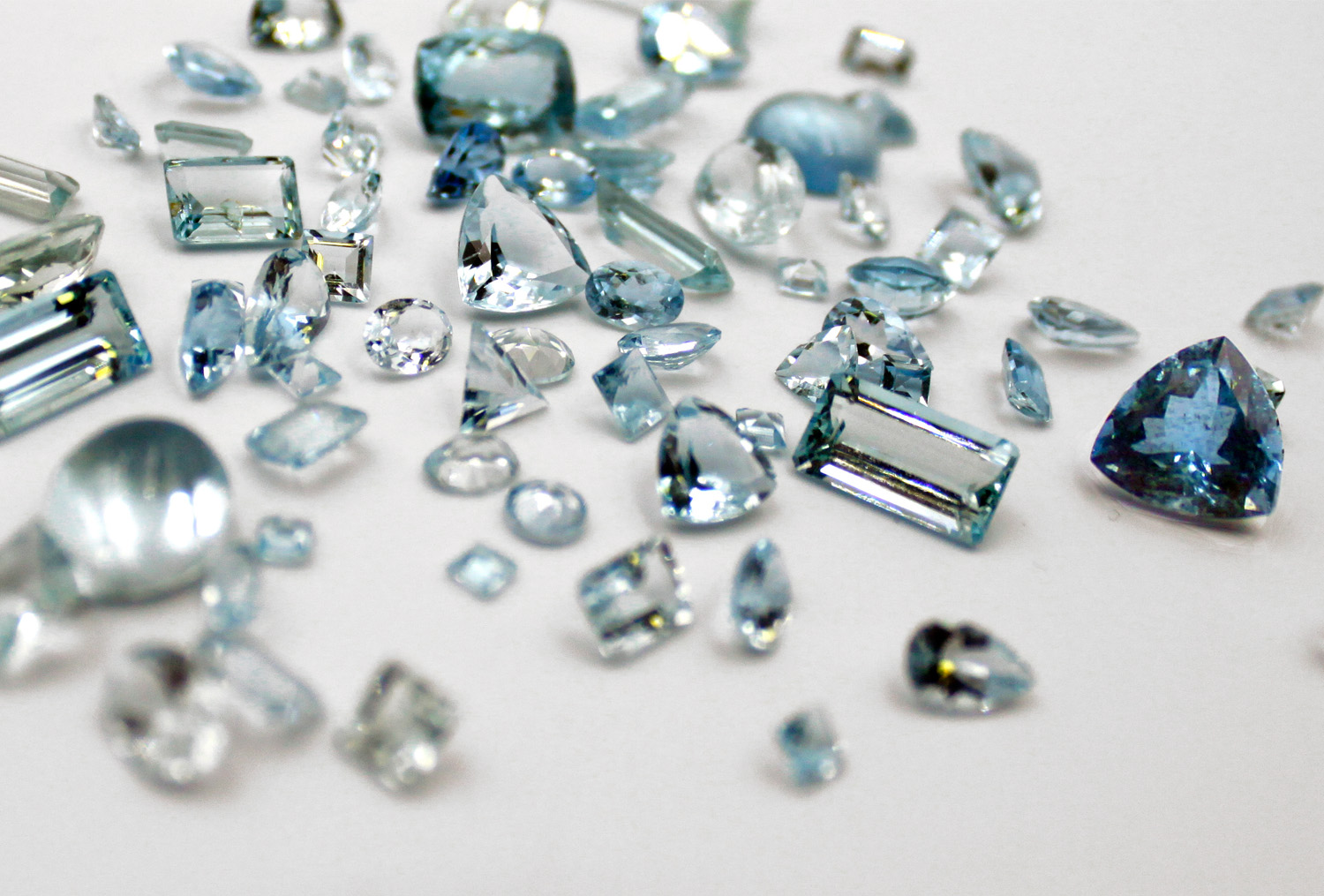 Aquamarine is named after the Latin words “aqua” meaning “water” and “marina” meaning “of the sea”. According to the legend Aquamarine came from the treasure chest of the mermaids, and has been regarded, since ancient times, as the sailors’ lucky stone. It was believed that they were to calm the ocean, keep sailors safe at sea and prevent seasickness. It is the mineral beryl that gives the wearer protection against enemies in battle. It makes the wearer unconquerable and amiable, while it also vitalizes mentality.

Aquamarine belongs to the Beryl gemstone family, with Beryllium Aluminum Silicate chemical composition. It is two-toned appearing blue or colorless depending on what angles the gemstone is viewed. The best gems combine high clarity with limpid transparency and blue to slightly greenish blue hues. Like many beryls, Aquamarine is a hard stone and forms large crystal, suitable for sizable fashioned gems and carvings. Because of the size, relative cleanness and good figure they are particularly valuable to collectors of mineral specimens.

Aquamarines are believed to hide magical as well as healing properties.
They symbolize youth and happiness and have many connotations attached to love. In the older ages, they were a popular choice for wedding rings and for already married couples. It was believed, it could excite their love.
It was also believed that these gemstones were stronger than evil.  If a person placed an Aquamarine in mouth, they would request the presence and oppose with the devil, since they could ask any questions they had and the devil would respond to these.
Aquamarine aligns to all chakras, clears throat chakra.